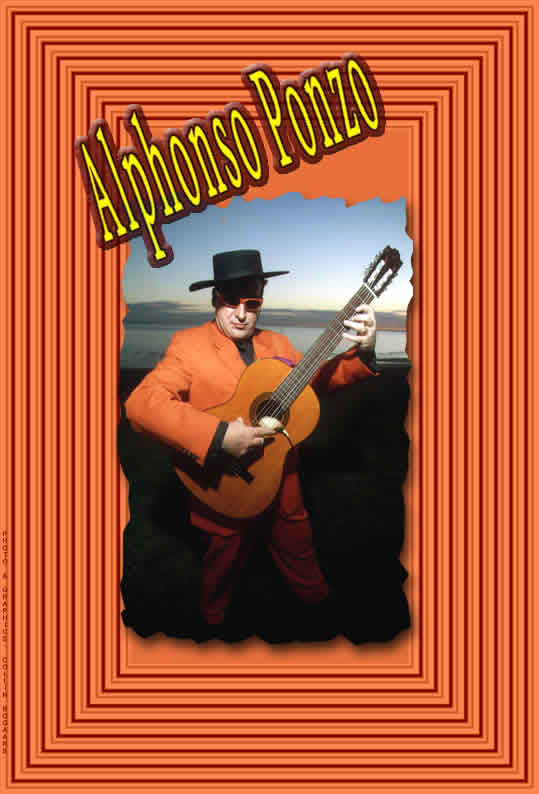 was born at the age of 3 in a small Spanish town of Seddona, a picturesque white-walled village nestled in a small cove by the sea high in the mountains. The merry inhabitants spend much of their time sleeping or dancing. It was into this colourful world that Alphonso first emerged – he spent 20 years studying his native folk music & that surrounding regions – suddenly he was transported to Australia & found his home in the many festivals & parties that are the custom of that land, where he roams around with his guitar amusing & entertaining the populace with his romantic solos, gay folk dances & silly wit.

His fleminco virtuosity inspires & awes, his Ballard’s melt the coldest heart & his magic tricks leaves one spellbound by their insanity. You can’t help but be won over by the Alphonso Ponzo way.

Alphonso can be summoned to your next event by contacting: