WELCOME TO THE OFFICIAL HOME PAGE OF: RED MO THE PIRATE 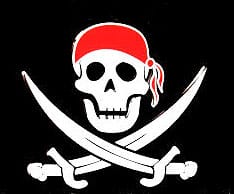 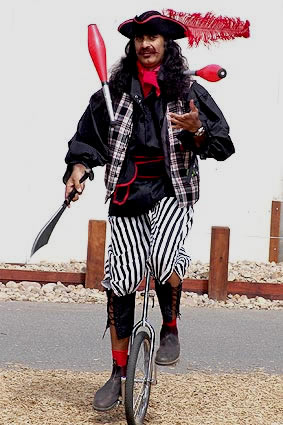 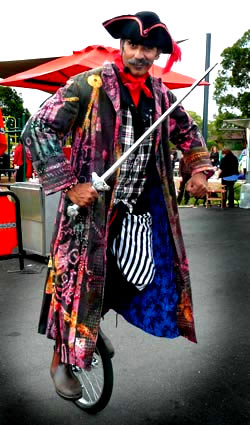 Arrr… me hearties, you’ve heard the legend of ‘Blue Beard’, that was then!

Now is the age of ‘Red Mo’ the Pirate!

With panache and a curly moustache, this buccaneer will astound you with his magic, swash buckling, fire juggling, uni-cycling and sword swallowing, all with his unique romantic charm.

This sea dog will keep you terrified with fear and chuckling with laughter at the same time, as he performs his daring stunts.

‘Red Mo’ the Pirate can present a ‘Feature show’, as a ‘Roving’ character or be the event MC/Host.

The feature show consists of ‘Red Mo’ looking to recruit a new crew for his next big voyage of adventure & romance on the high seas.

Suitable for audiences 5 years & over.

‘Red Mo’ the Pirate has been seen at a range of events like the Apollo Bay Music Festival, The Volvo Ocean Race, The Great Victorian Bike Ride,The Australian Formula 1 Grand Prix, Festival of Sails, Libraries & a large range of community festivals. 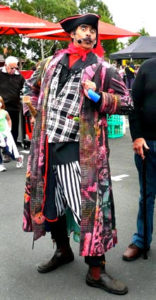 So have him drop anchor in your lagoon…