WELCOME TO THE OFFICIAL PAGE OF: THE SHIPWRECK CASTAWAYS 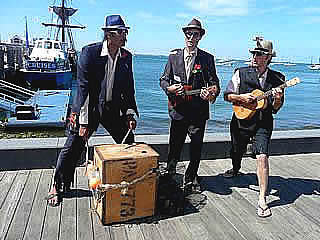 The Shipwreck Castaways: A luxury cruise ship is wrecked in the Pacific Ocean, the only survivors are a band of the ship musicians.

After many months drift at sea, these “Ship Wreck Castaways” are so overjoyed to have found land at last, that they celebrate with song, merriment a infectious nautical humour.

The same tea chest that they used as a life raft allowing whilst using the Ukuleles as paddles. Three grown men in a tea chest, they will accurately demonstrate how they fitted in the tea chest using it as a raft, fending off ark attacks, whilst keeping a watchful eye out for mermaids (rescuers). 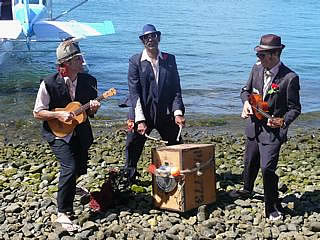 The Shipwreck Castaways play and sing a wide range of “cruise ship” classics like: TEQUILA, SWAY, TICO TICO, THAT’S MORE, GIRL FROM IPANEMA, HERNANDO’S HIDEAWAYA, PERFIDIA, QUANDO QUANDO, STIR IT UP, BLAME IT ON THE BOSSA NOVA just to name a few.. 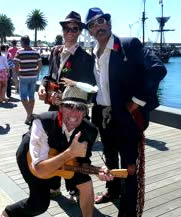 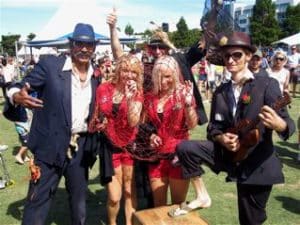 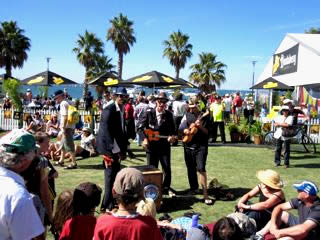 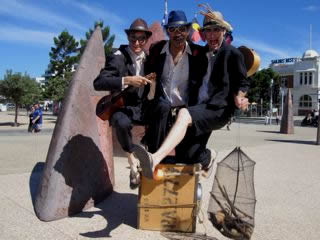 The Shipwreck Castaways are suitable for a wide range of events where fun is a feature, like nautical themed events, festivals, corporate functions, shopping centres, parties and the like.

To have The Shipwreck Castaways wash up on the shore, make contact now!

Links to other Nautical acts